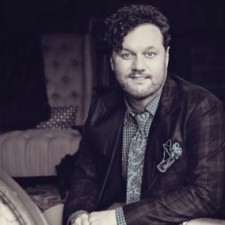 NEW YORK, September 6, 2017 (Newswire.com) - Grammy and Dove Award-winning recording artist David Phelps will make three rare New York appearances, with a turn as a co-teacher for the “From Voice Studio to Stage,” Master Class on Sept. 23, 2017, at Ripley-Grier Studios and two performances at local venues.

The master class is a collaboration between internationally acclaimed gospel tenor, Phelps, also known for his work with the Gaither Vocal Band, and New York Vocal Coach Jeff Alani Stanfill, master Swedish-Italian vocal technique pedagogue. Phelps and Stanfill will coach singers from diverse genres on vocal technique, performance and stage presence. Phelps will vocalize under Stanfill’s direction and share candid insights from his experiences in and intimate Q&A session.

I always look forward to working with students to help them move a step closer to fulfilling their dreams. No one would have ever known my music or voice had I not been coached by amazing people on my journey. It is with great joy at this stage in my career, to share the victories and failures I've faced along the way, and the lessons I continually learn from them.

Stanfill and Phelps met last summer via social media. Within a month’s time, the two connected at Stanfill’s NYC studio for a vocal coaching session. At Phelps’ urging, Stanfill invited some of his Voice Soaring Studios students. Phelps, who is passionate about sharing his knowledge with up-and-coming performers, made time to answer questions from the students and shared personal stories that shaped his professional career. After that session, Phelps and Stanfill decided to share the experience with a broader audience, so they launched the idea of offering a master class for experienced and aspiring performers. From that, “From Voice Studio to Stage,” was created.

Stanfill, an active performer who coaches professional singers and novices in genres including pop, rock, Broadway, opera and gospel said, "The master class will be an awesome opportunity to get insight into how David Phelps has maintained such an accomplished career over time." Stanfill also said that, "Being in the room and seeing how David prepares his voice to sing a difficult repertoire night after night, year after year with a sustained level of success will be a priceless learning opportunity for singers at any level.”

Phelps said, "I always look forward to working with students to help them move a step closer to fulfilling their dreams. No one would have ever known my music or voice had I not been coached by amazing people on my journey. It is with great joy at this stage in my career, to share the victories and failures I’ve faced along the way, and the lessons I continually learn from them."

On the second day of Phelps’ New York City weekend, he will perform at The Brooklyn Tabernacle, followed By an evening performance at The Green Room 42.

About David Phelps - For almost two decades, David Phelps’ artistry has grown to echo off the walls of Carnegie Hall, and vibrate the chandeliers in the White House and in countless halls and churches around the world. His masterful melodies have been burned into critically-acclaimed solo offerings, award-winning Gaither Vocal Band CDs and Gold and Platinum Gaither "Homecoming," collections. It has been a showcase far above the expectations of any ordinary artist. But for David, a perpetual work in progress, these happy years have been just an extended glimpse of the Creator's bigger picture. Pushing the boundaries is every artist's goal, and David's focus is beyond the ordinary, trusting in that Divine design. www.davidphelps.com

About Jeff Alani Stanfill - Vocal coach Jeff Alani Stanfill grew up in Memphis, TN and is the son of a Baptist minister father and an elementary school teacher mom. He has toured the U.S. and the high seas performing in Broadway musicals and Las Vegas-style productions with Norwegian Cruise Lines. With encouragement from his longtime voice teacher David L. Jones, in 1999, Jeff opened Voice Soaring Studios and has been teaching singers from diverse genres, including rock, pop, R&B, opera and Broadway, the concepts of the Swedish-Italian vocal technique. In addition to managing studios in New York City and Northern New Jersey, as well as a virtual studio reaching students as far away as Europe, Jeff continues to maintain a busy performing schedule with the band, The Savoy Stompers. www.voicesoaring.com 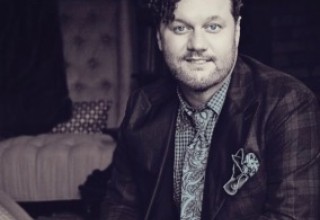 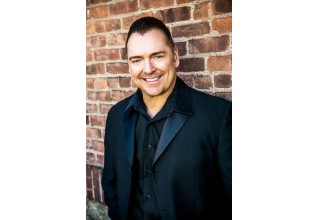